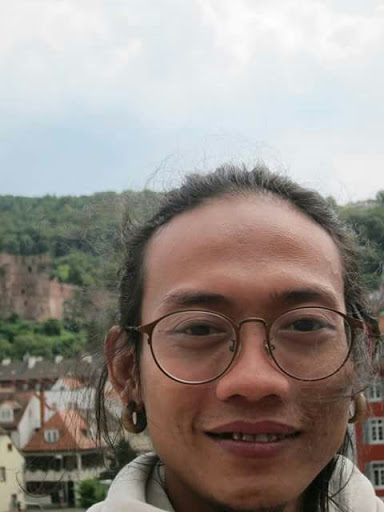 Studies: Efnu is an autodidact artist, as he did not join any Art institution before

Works: Efnu is a pop artist who does painting in mostly in bright colors. He specialized figures and face with shape distortion distortion.

His artworks are mostly based from his daily experiences. Socio-political issues, environment, globalization and their interplay with human emotions are integral in Efnu Nirwana's artworks.
Efnu utilizes highly simplified and abstracted imagery in his art, reinforced by text to align the visual with the issues to send a strong and direct message to viewers. Many of his works consist of absurd objects, a single ugly figure; sarcastic humour, and puns. Colors are used to attract attention.