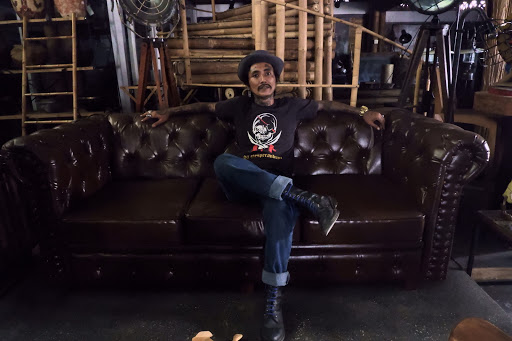 Studies: Institute of Arts in Yogyakarta

Works: Irennius does contemporary with bright color painting, he specialize in figures with unique faces and shape of body which represent himself or his closest relatives or family

Graduated from Instute of Arts in Yogyakarta, Irennius Bongky is an expressionist painter who mostly work on paper than canvas. He has an unique style with details line using pen on his drawing. Most of his work are based on his real life experiences. Irennius already ever join many exhibitions in Indonesia and also in Singapore, Italy and Australia. Irennius artwork is like his daily diary for him, where he centralizes and orientates himself like a monolog where he talks about himself. Irennius create a character like a thin doll which he use hundred times together with Christian text, quotes about living a good human life, Saints wisdom words and also personal statement regarding beliefs and a better future. These themes might be as a representation of his willingness to have a better life, after he ever pass a difficult phase on his life as he faced family conflicts, ever been in jail and ever got a serious illness because of drugs.