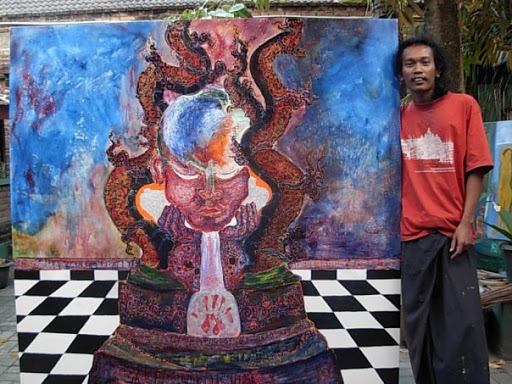 “Art is the calling from my soul to express my emotion”

Lukman is inspired by Indonesian painters such as Fajar Sidik, Nyoman Gunarsa, Nyoman Erawan and also world wide famous painter, Pablo Picasso. These painters inspired Lukman to paint abstract with decorative expressive style which adopt some of their colors,strokes, shapes and composition. In the begining of his creative process, Lukman often used wayang as his object then he lately often visualize nature and ornaments on his canvas such as trees, leaves, flowers and also traditional javaness architectures and decoration. For his concept, Lukman mostly gets idea from his daily life experiences.