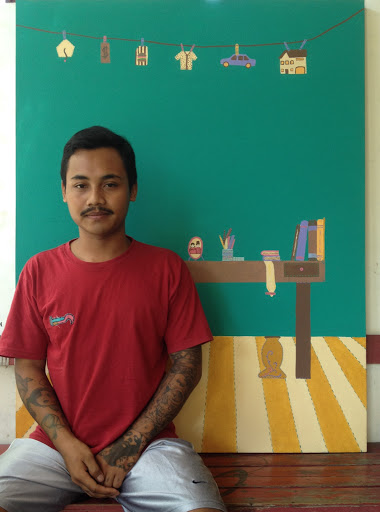 "Art is my way to communicate with others"

Works: Husain artworks are naïve, he mostly paint person with distortion. Husein's painting are the result of his reflection on what he has experienced, thought and felt. Husain keep using the nature as the symbol to visualize his personal life story

Husain, a painter who lives in Solo jawa Tengah Indonesia, is till in his final semester in Institute of Art Solo. He has already joined several group exhibitions in his city, Solo and also Yogyakarta.