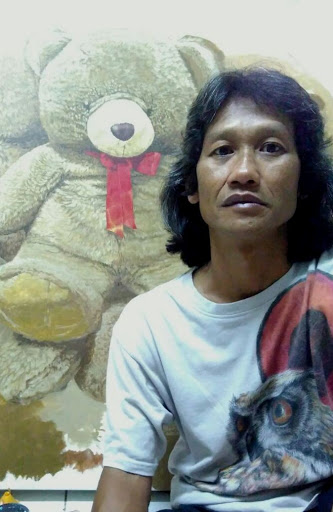 Works: Sriyadi does realist painting such as the beauty of women, landscape and also some social critic with various visual objects.

Sriyadi did not join any art academy or institution but before, he took Philosophy major in one university in Yogyakarta, and philosophy influent him much as seen in his works

Philosophical thinking is well framed in every Srinthil's works, which are packaged in artistic and neat visual technique. He is rich in composition with contemporary style. He graduated with philosophy major from a university in Jogja. Even though his work is extremely detailed, it does not make his works heavy and difficult to comprehend, certainly it is an artistic achievement.