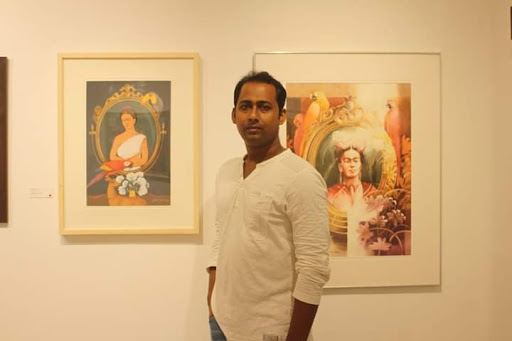 “Art is the notes of life’s journey”

Medium: Watercolor on Paper, Acrylic on Board

About the Artist:
Subir Dey is an Indian contemporary artist from Kolkata. Hailing from a humble background and growing up in the outskirts of Kolkata, life for Subir has been quite simple and enjoyable despite the hardships. Since childhood, he had great passion for art that egged him on to pursue his Master’s in Arts. He enjoys the transparency of water colours and is inspired by the colours of nature that reflects in his palette of choice, which is vibrant yet earthy, as he prefers using the primary hues. His works are inspired by nature, folk art and the city of Kolkata that he grew up in. His works reflect positivity and yet a sense of solitude that originates from his apprehensiveness about the ever changing world around us.